To see more images visit our Flickr site as shown below 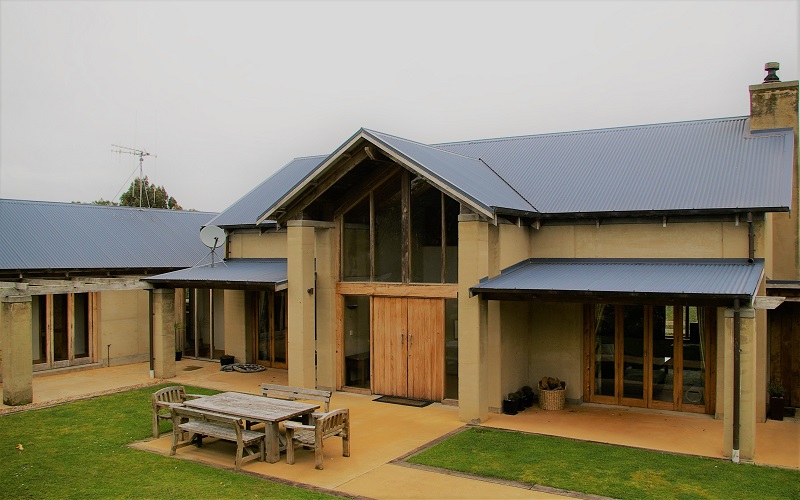 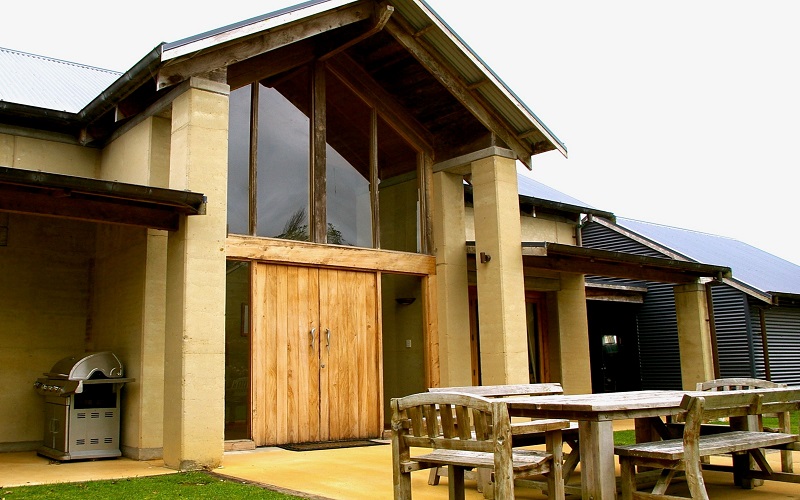 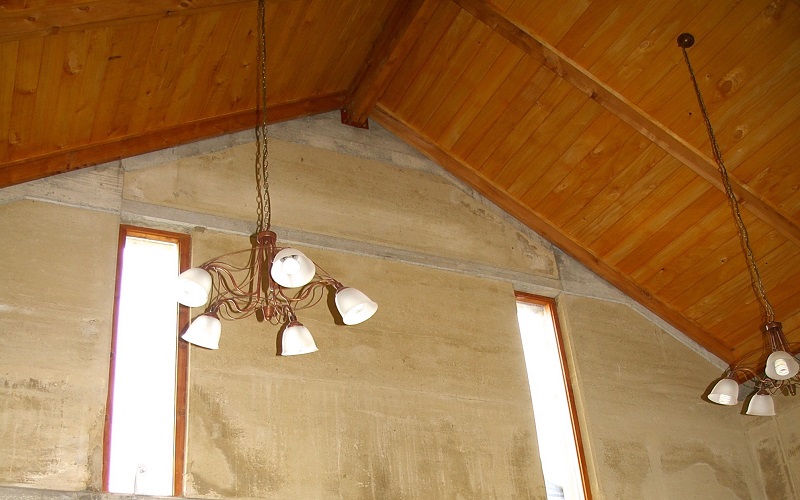 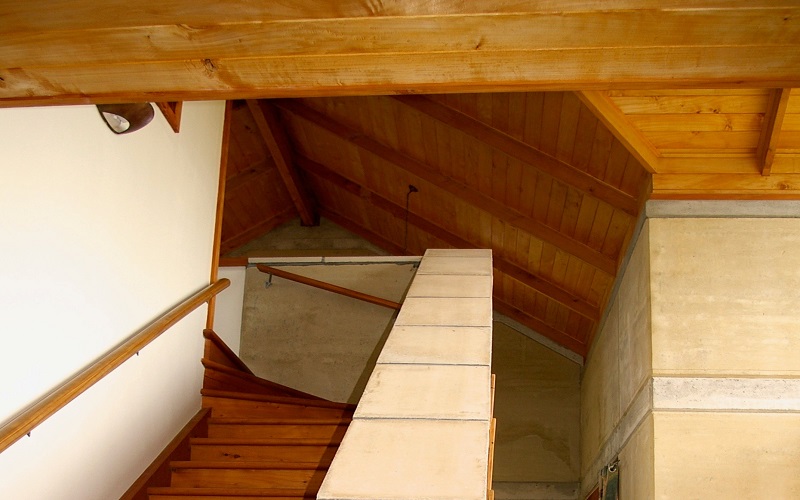 The design work on this expansive, statuesque home started in November 1999 with construction following on in August 2000. Even though it was a challenging project, we finished it in July 2001 – just under a year.

Structurally, it is easily the most complex building we have designed and built. It is a grand, two-story home with 400mm thick rammed earth walls and concrete bond beams hidden in the walls. One notable design feature that contributed to the building complexity was the the massive rammed earth chimney, standing over 7 metres high. In addition, the lounge has a ceiling height up to 5 metres.

While the homes we’re known best for are single-story long buildings inspired by a more utilitarian ethos, it’s very exciting to build two story homes with ambitious features that prove rammed earth can take many forms and still boast the efficiency, safety and durability they’re known for. In fact, the design was inspired by the traditional European farm ‘hof’ that is usually comprised of a small collection of buildings that create a hub.

In keeping with that, this four-bedroom home consists of two separate structures that are linked by an enclosed corridor. The garage, which is not rammed earth, is also connected by a small corridor to the main structure. All of these buildings surround a sheltered courtyard. 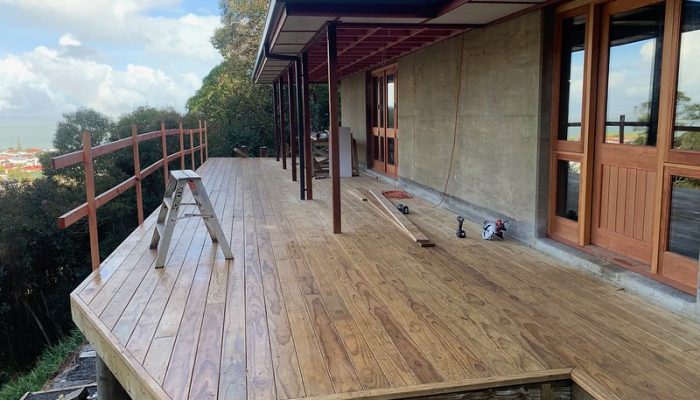 Special features: Extensive groundwork
We first met the owners in early 2019, just after they visited a rammed earth home that we built... Read More
Learn More 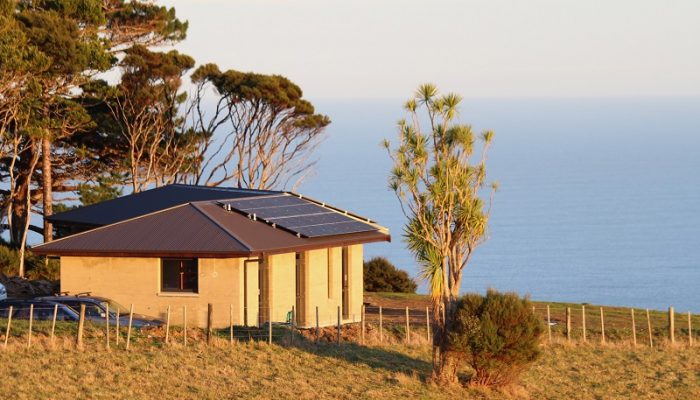 Special features: Off grid living
The design work started on this amazing piece of land on the West Auckland coast of Piha in May... Read More
Learn More 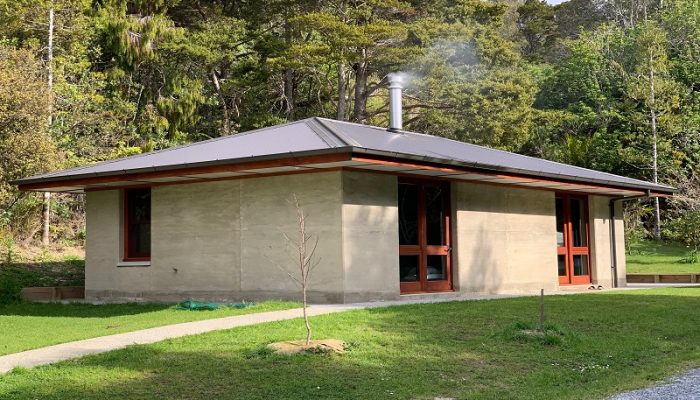 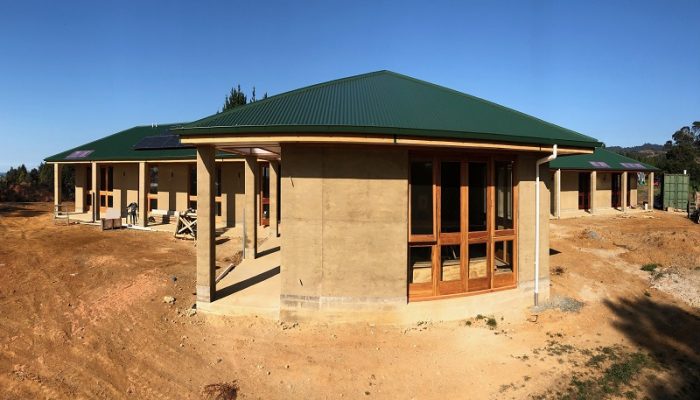 Special features: Off grid living
Design work started for this expansive and ambitious project in September 2015. Construction began in August 2018 and we... Read More
Learn More